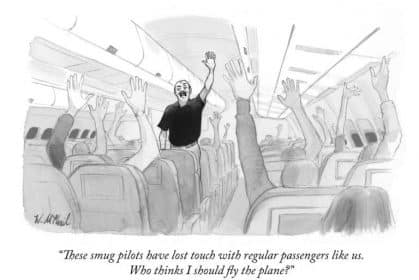 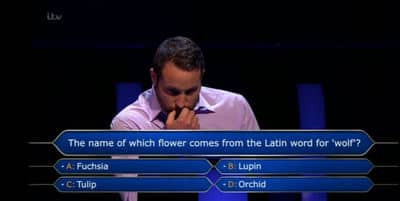 While recently watching an episode of, “Who Wants to Be a Millionaire?” I was fascinated by how often contestants lost large sums of money by incorrectly answering questions while they still had several “Life Lines” available. Why did they take unnecessary risks when they clearly didn’t know the right answer?

I also observed how contestants would “Phone a Friend” and ask the friend how confident they were about their answer. The friend would reply, “about 90% certain” or “50% certain”. If they were not 100% certain about recalling a piece of information, how could they determine their own degree of certainty or lack of it?

Q1) What is the capital city of Australia?

Q2) How confident are you that you answered Q1 correctly?

Q3) How likely do you think it is that other people will answer Q1 correctly. 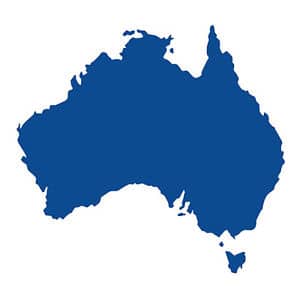 I conducted an online survey of 1,467 people in the UK and USA asking the same three questions listed above. The participants could choose from one of 6 possible answers to Q1. They were asked to rate Q2 and Q3 on a sliding scale from 1 to 10.

How able were the participants to answer Question 1 correctly?

Out of 1,467 people who answered the question, 667 (45.4%) gave the correct answer (Canberra). I suspected that many people would struggle to answer this question but might believe they knew the correct answer. Although Canberra was the most popular answer, a few participants may have cheated by looking it up on Google. Regardless, the purpose of this study was not to test the participants’ geographic knowledge.

Does confidence correlate with ability?

As you can see from the chart below, respondents with a high confidence score were much more likely to answer Q1 correctly. I found it fascinating that this correlation was almost as strong within a confidence range of 2-7 as for those in the range of 8-10. This suggests that even if you only are only slightly more confident of knowing the right answer, there is a good chance that you actually do. 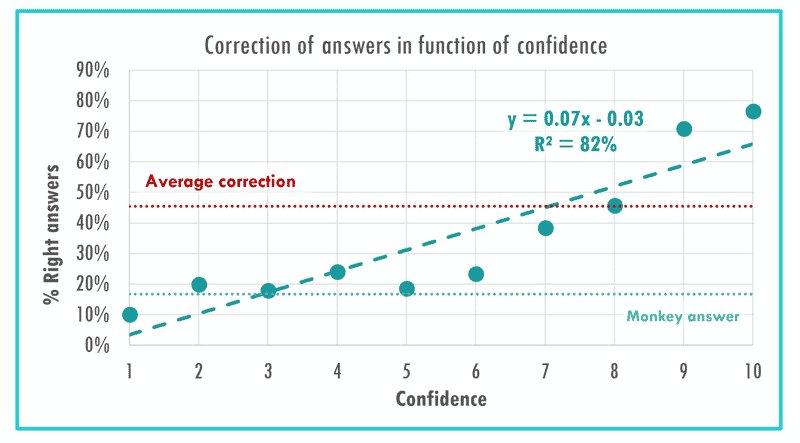 This is a well-researched area of psychology know as Metamemory; the self-awareness of one’s own ability to recall a piece of information. One theory suggests that it is the question itself that gives us the ability to recall a memory. For example, had I asked the respondents to simply name all the capital cities they know, there is a good chance that many of those who knew Canberra is the capital of Australia would not have mentioned this city. It is only by asking the more specific question they were able make a connection to that piece of information stored in their brain.

Are Americans or Brits more likely to know the capital of Australia?

If we were to pose this question to a monkey there is a 1 in 6 probability (16.66%) that they would answer correctly. Any evaluation we make of the participants’ ability must therefore be compared to the likelihood of selecting the correct answer by chance alone.

The data shows that Americans were only slightly more skilled than monkeys when it came to answering correctly (18.2% correct answers) while 55.3% of Brits answered correctly. 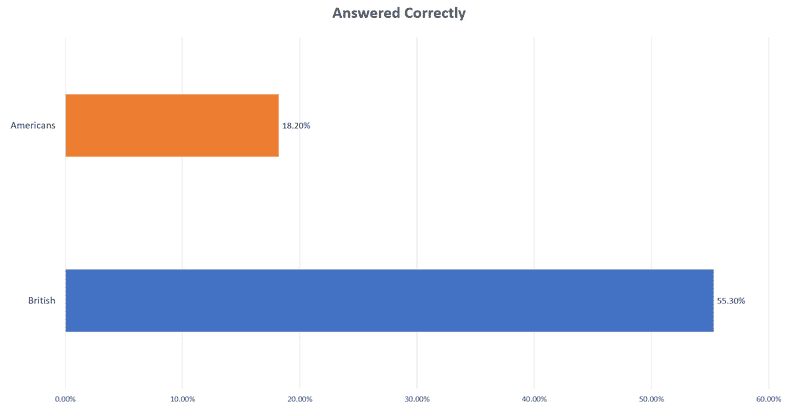 Brits have a much closer connection to Australia than Americans. They are significantly more likely to have visited Australia and have friends or family living in the country. There are, in fact, more Brits living and working in Australia than in the whole of Europe. It is therefore of little surprise that Brits would perform better than Americans on this specific question. 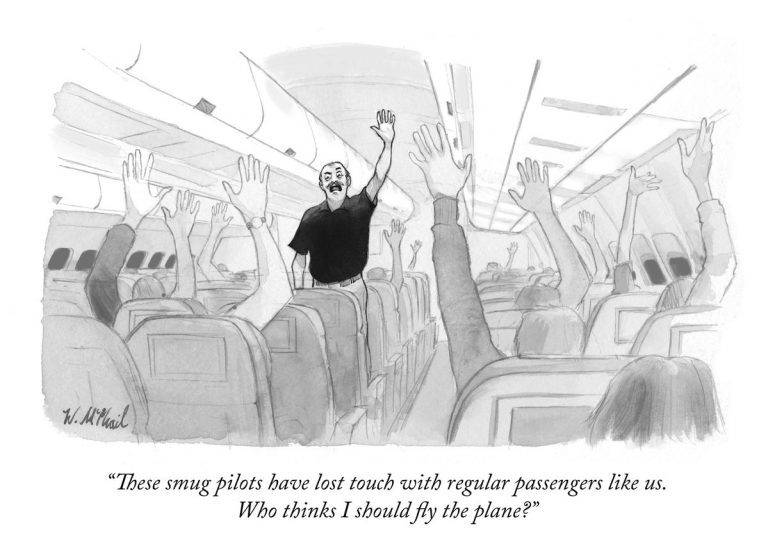 How about those who were highly confident of their own ability but still got the answer wrong?

Here is where things get a little more interesting. There were 211 people (14.4%) who, although highly confident about knowing the answer, nevertheless answered incorrectly. 16% of Americans fell into this category compared to only 7% of Brits.

Americans, in general, appear to be more than twice as confident in their own ability, even when that confidence is misplaced. I must qualify this by saying that I wasn’t able to control for every factor that may have led to Americans showing misplaced confidence such as education level, access to travel, social class etc. 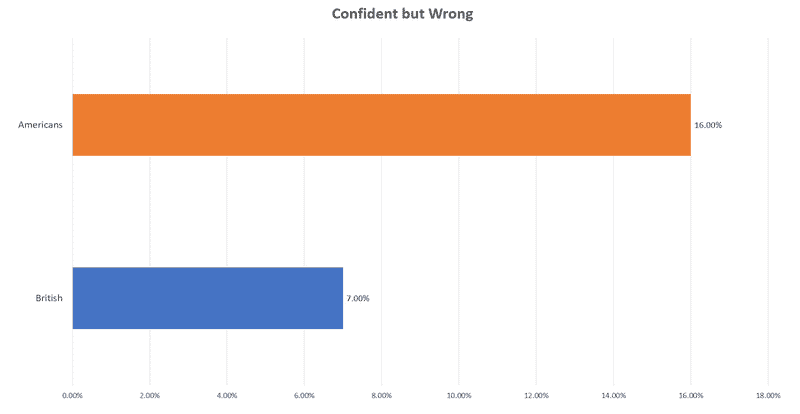 How about those with low confidence but got the answer right? 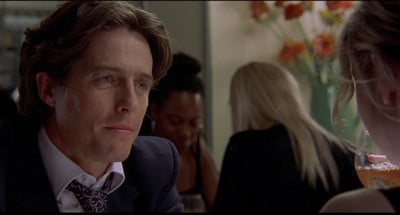 It seems that if you lack confidence about knowing the answer to a question, you would be up to five times more likely to answer correctly using a random selection method (e.g. tossing a coin) rather than trying to guess the correct answer. 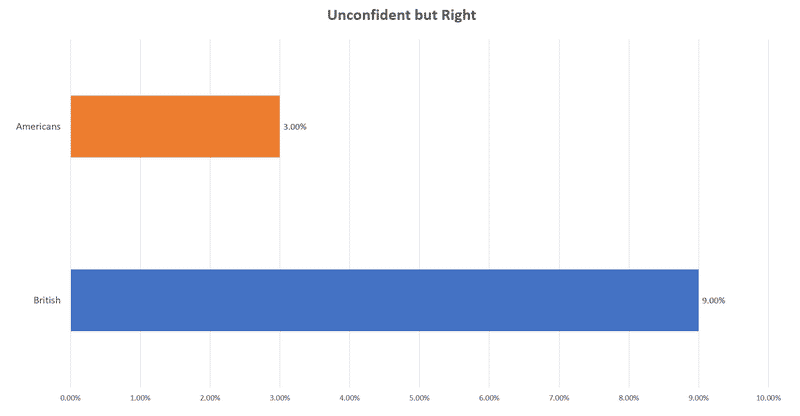 Does knowing the correct answer affect your judgement of how others might answer?

This is a phenomenon known as the Dunning-Kruger effect which has been extensively researched since the late 90’s. These studies (and my own) show that people with high ability assume an answer to be easier than it is and assume that others will know it too.  Conversely, those with low ability imagine a question to be harder than it is and under-estimate the likelihood of other people answering correctly.

“Poor performers—and we are all poor performers at some things—fail to see the flaws in their thinking or the answers they lack. When we think we are at our best is sometimes when we are at our objective worst.”
– David Dunning & Justin Kruger

Confidence and ability in business

In my work as a consultant and trainer, I see the effects of self-confidence and its impact on business growth on an almost daily basis.

The cost to a business of an employee or founder with low self-confidence is well known. People with low confidence may mistakenly assume tasks to be harder than they really are. This can prevent them even attempting to accomplish a challenge when they could realistically overcome it.

People with low self-confidence are also less willing to take on tasks that involve risk-taking for fear of being “caught out”. They spend so much of their time and mental energy covering up for a perceived lack of ability that most of their true potential is wasted. It takes a very special organisational culture to bring out the best in these people and give them the support they need to feel safe enough to take risks. 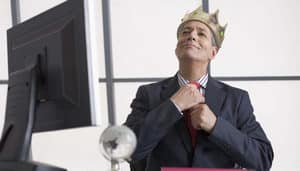 Those with high confidence and strong ability will often end up in the most senior positions within an organisation. While they may be less afraid of taking risks, they may also mistakenly perceive tasks they find simple as being equally simple for everyone else. These people can be tough bosses and managers.

Perhaps the most dangerous of all are the people with high confidence and low ability. 30% of all high-confidence participants in this study fell into this category. These are people who take risks based on little more than their assumption that they must be right. They value instinct over data, even when that data is of high quality but contradicts their point of view.

“Smart people are very good at rationalizing things. Even if they believe them for non-smart reasons. Smart people easily brush off criticism since they are convinced they are right.  Being smart, they can probably out-argue most criticism even if the criticism is right.”
– Michael Shermer

Use the diagram below to assess in which Confidence/Ability quadrant you may fall. The information contained in the quadrant may prove helpful. 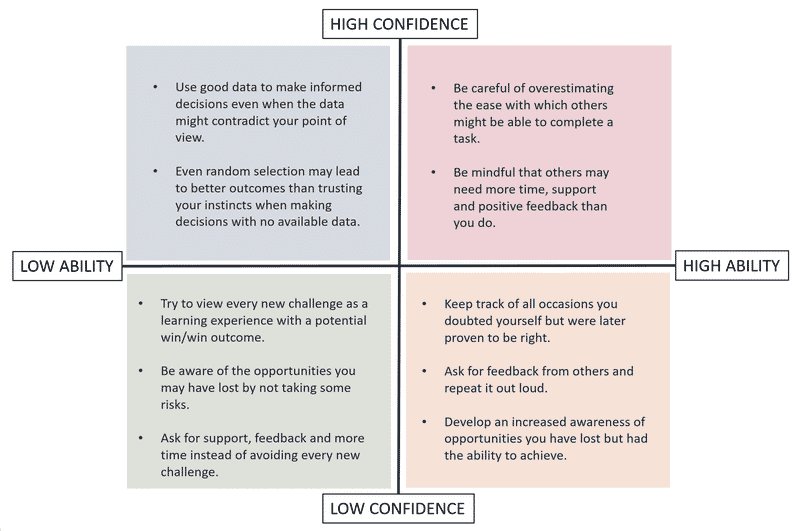 Which Country Should I Target for eCommerce Exporting?

How to get your Website Ranking on International search Engines