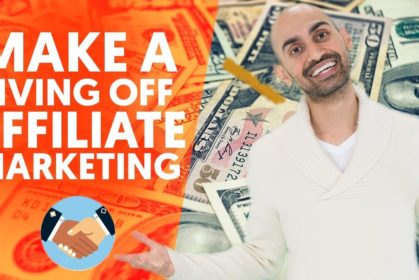 Your laptop just died. So you turn to Google to search for “best laptops 2021”.

You see several product review articles from some of the UK’s best-known publishers, including The Telegraph, The Mirror, The Independent and The Sun. 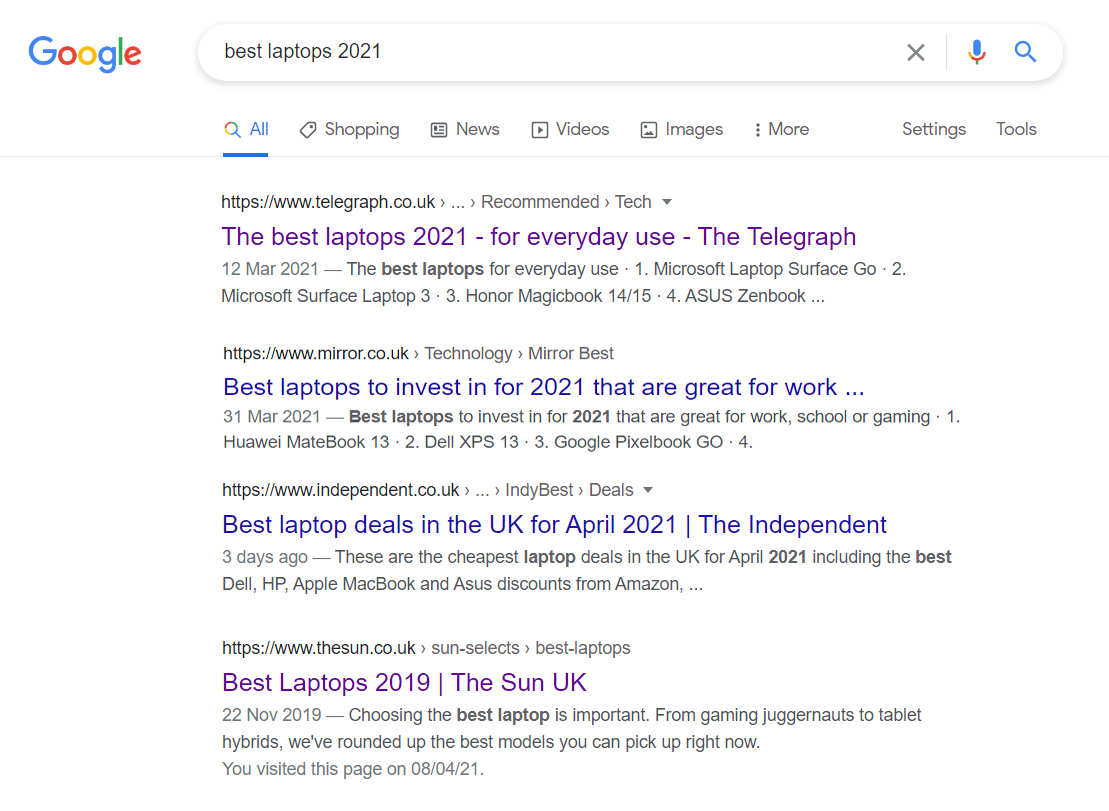 These articles typically include a round-up of 5-6 laptops from big name brands such as Dell or Asus with a link to purchase the laptop on Amazon. You will see similar articles when searching for almost any other consumer product on Google.

If you read the reviews very carefully, it will become apparent that the writer has never even seen the product they are reviewing. The review is little more than a feature comparison based on the product specification from Amazon. 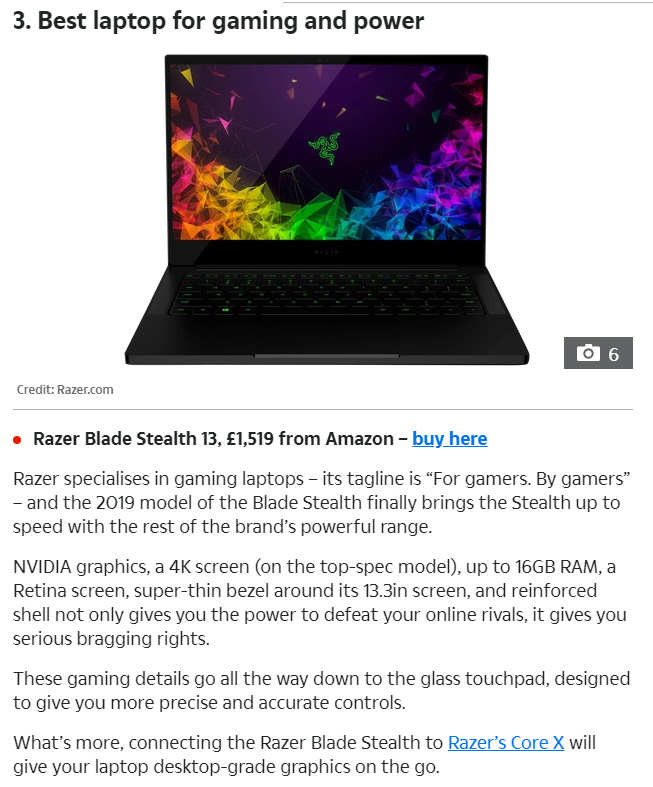 If you are observant and take the trouble to read the small print at the bottom of the page, you may see a message informing you that the publisher earns a commission if you click on the links in the article and purchase the product from Amazon. Despite a legal requirement to display this message, many publishers fail to do so until threatened with a fine by the Advertising Standards Authority (ASA).

Welcome to the shady world of affiliate marketing! A world where consumers place their trust in well-known publishers to provide independent, unbiased reviews to inform their purchasing decisions.

In many cases, these product reviews are not even written by employees of the site’s publisher. The product review section of the website is often outsourced to a content marketing agency who then, in turn, outsource the writing to freelance authors in developing countries. It is also entirely possible to produce these reviews automatically using AI content writing software built on GPT3 technology.

Here is a short excerpt from a review for a Dell XPS13 laptop I created using GPT3:

“What started as a terrific offering from Dell has evolved into the laptop that all other Windows laptops look up to, combining sheer power with an elegantly stunning design, an exquisite display, and a feature set that’s unparalleled. Though the fact that it also features one of the best keyboards on any laptop is just icing on the cake. “

To be clear, this excerpt has not been simply plagiarised from an existing review. It is unique, original content produced by a low-cost automated AI tool.

Why does this matter?

These news media websites have built up a strong authority on Google. When other reputable sites link to their news articles, it has a positive impact on the entire site’s visibility in Google’s search results.

Aware of this, and in the face of dwindling online advertising revenue, the news publishers saw an opportunity to use their site’s authority to earn affiliate commissions via product reviews. They set out to do this at the lowest possible cost and without having to hire teams of expert technical writers.

This activity has a detrimental impact on genuine, well-researched reviews from lesser-known specialist websites. It also impacts consumers who rely on these reviews and are unaware that what they are reading is, effectively, an advertisement.

The Consumer Protection from Unfair Trading Regulations 2008, states, “It is a banned practise to use editorial content in the media to promote a product where a trader is paid for the promotion without making that clearly identifiable by the consumer.”

The CAP Code, which governs the rules on advertising, states, “Where affiliate links are used, it is a requirement to display the word “AD” in the title of the article in such a way that it is clear to consumers before they click through to the content, as well as to those reading the content”.

Even organisations claiming to fight for the interests of consumers are not immune from this dishonest behaviour.

Which.co.uk, the commercial publishing arm of The Consumers’ Association (a registered charity), uses affiliate links on its product review pages while also claiming “we don’t take advertising”. Despite admitting that this may result in a “potential ambiguity”, these misleading statements are still visible on hundreds of pages of the Which.co.uk website. 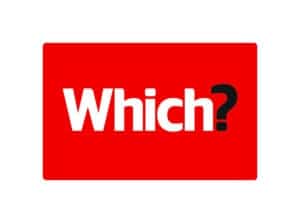 Google to the rescue!

On the 8th April 2021, Google announced a change in their ranking algorithm, known internally as the “product reviews update”.

This update promote reviews that demonstrate the author has expert knowledge, provides detailed product information, accurately compares the product to other similar products and describes how the product has evolved from earlier models. All information that cannot be simply gleaned by reading the product description on Amazon or using automated content-writing software.

By improving the Google ranking of genuine reviews, this update will inevitably lead to the demotion of the low-quality reviews typically found on affiliate publishers’ websites. This is a clever solution from Google that doesn’t set out to penalise publishers based on their business model, but only to the extent to which their business model harms consumers.

Some may doubt Google’s ability to distinguish between genuine, trustworthy reviews and low-quality, generic affiliate marketing. If so, one only has to look at how Google successfully managed to apply a similar update to content which offers advice on financial and health-related topics. Most of the sites that were hit by that update have since lost all visibility on Google.

Although only officially announced in April this year, it is clear that Google started to roll out this update several months ago. As you can see from the charts below, several well-known publishers have now seen huge traffic drops to their sites’ entire reviews section.

There will, inevitably, be site owners and publishers who will complain about this update – some are already doing so. If you are one of those worried about the impact this might have on your business, perhaps this is something you should have considered when you decided to try to game the system?

The Great Social Delusion – Are small businesses wasting their time on Social Media?

How much do your Competitors' Make from their Google Ranking?