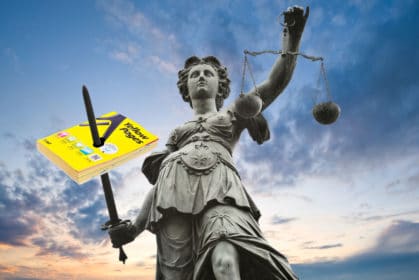 A Group Action Legal claim has been launched today against Yell by thousands of small business customers in conjunction with Croft Solicitors.

The Group Action claim is seeking compensation and damages for contracts missold to small business customers by Yell’s sales agents.

The Yell Action Group (YAG) has been formed to represent the interests of all claimants involved in the Group Action.

YAG claims to possess written and recorded evidence showing Yell’s sales agents repeatedly made false claims to customers to sell advertising products. YAG further alleges that these practices were widespread and included in training materials supplied to the sales agent.

YAG alleges that several current and former Yell employees have provided written statements confirming misselling was common practice at Yell and was done with the full knowledge of their managers.

The Group Action will be led by Croft’s managing director, Rupert Croft, who was described by Legal 500 as “One of the top litigation solicitors in the UK”.

If you have been a customer of Yell within the past six years and wish to join the Group Claim, visit The Yell Action Group website to register your interest.

Why Most Accountants’ Websites Stink

How to get out of a Yell.com contract

This website uses cookies to improve your experience while you navigate through the website. Out of these, the cookies that are categorized as necessary are stored on your browser as they are essential for the working of basic functionalities of the website. We also use third-party cookies that help us analyze and understand how you use this website. These cookies will be stored in your browser only with your consent. You also have the option to opt-out of these cookies. But opting out of some of these cookies may affect your browsing experience.
Necessary Always Enabled

Any cookies that may not be particularly necessary for the website to function and is used specifically to collect user personal data via analytics, ads, other embedded contents are termed as non-necessary cookies. It is mandatory to procure user consent prior to running these cookies on your website.