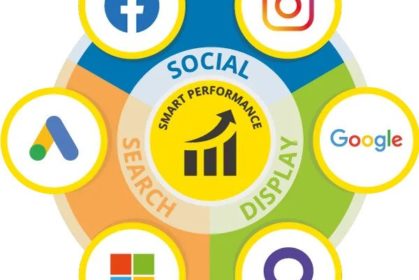 What is Yell’s Smart Performance?

Smart Performance is the new flagship product from Yell and heavily promoted to small business customers across the UK.

Yell is switching all customers who signed up for Google/Facebook advertising over to Smart Performance. They are doing so without asking the customer’s permission and, in many cases, without even notifying the customer.

Smart Performance is a rebadged version of Gotu, a product developed and managed by the London-based, 77Agency. Yell simply license this product and sell it on at a high profit margin to their small business customers.

What does Smart Performance do?

Yell claim that Smart Performance will display ads via multiple publishers such as Facebook, Instagram and other third-party websites. It claims to optimise the delivery of those ads based on where they are most likely to generate conversions (e.g. sales or customer enquiries) for the advertiser.

Unlike most other forms of digital advertising, Smart Performance is not charged based on the number of times your ad has been clicked. Instead, Yell charges a flat monthly fee regardless of whether the campaign delivers any conversions. If your ads fail to generate any sales or enquiries, Yell still takes your money and locks you into a 6-month contract with no cooling-off period.

Why is Smart Performance so important to Yell?

Since Yell stopped printed paper directories, the company has attempted to offer a range of digital solutions to its customers. These products have proven to be unsuccessful for Yell and their customers. Yell also experienced significant criticism that false claims are being made by their sales agents, that the contracts are missold and that their products fail to deliver results.

There is a motion tabled in Parliament and signed by 23 MPs across five political parties calling for an investigation into Yell’s business practices. Almost half of Yell’s existing customers have cancelled their contracts in the past year alone.

Smart Performance is Yell’s latest attempt to stem this flow of customer cancellations and save the business from going into liquidation. Smart Performance could be considered a “make or break” product for Yell.

The entire premise on which Smart Performance is sold is based on driving more conversions at a lower cost per click.

The smallprint at the bottom of that same brochure states, “Results are based on 20 existing Yell PPC and Social customer’s that were moved over to Smart Performance for one month with the same monthly budget. These results demonstrate potential returns and are no guarantee of future performance”

The reality is that no Yell customers I have spoken to using Smart Performance saw any positive results from using this product.

I was recently contacted by a small business owner based in East Sussex. Yell’s sales agent assured him that, “Smart Performance will generate business for you within two months”. He signed up to a six-month contract and has been using the service since the 8th of May 2020.

In the past three months, his advertisement has (according to Yell) been viewed 83,208 times.  In that same time period, he received one customer enquiry which did not result in a sale. He is now attempting to extricate himself from that six-month contract.  I have since heard from ten other Yell customers who claim that Smart Performance has generated no new leads for their business, despite spending thousands of pounds.

When I checked the analytics data for these sites, there appears to be a huge disparity between the performance reported by Yell and that shown in Google Analytics. You can draw your own conclusions as to which data source is more likely to be accurate.

You might assume that every visitor who clicks on one of your ads is of equal value, regardless of whether they arrive via Facebook, Google or Instagram.

In fact, the source of the visitor and the type of advert they clicked on to reach your website makes an enormous difference to the likelihood of them buying your products or services.

Take a look at the chart below taken from the Google Analytics data for one of my clients. This chart shows the number of sales enquiries generated online in the past six months, broken down by how the visitor arrived at their site.

As you can see, visitors who arrived at the site after performing a search on Google, were 32 times more likely to make an enquiry compared to those arriving via Social Media, and 114 times more likely than those arriving from a display advertisement. In total, fewer than 1% of all visitors to this site make an enquiry when arriving via Social Media or Display advertising. These results are typical for most online campaigns.

Why would this be?

Third-party websites that display advertisements make money every time someone clicks on an ad. It is common knowledge that a large proportion of third-party ad clicks are fraudulent, which means they are clicked on by bots – not real people. Online display ads are also shown to people in mobile apps and on websites offering visitors something in return for clicking on an ad. The ride-sharing company Uber, recently found that $100m of their ad clicks were fraudulent.

When people click on an advert having specifically searched on Google for the type of product or service you sell, they are much more likely to convert. The fact that they have performed this search is a clear indication that they want what you have to offer, and are ready to make a purchase. A large proportion of display ads are clicked on by accident, and by people with no interest in your product or service.

Yell claims that Smart Performance will distribute your budget across six advertising channels including:

Yell further claims its automated system will then monitor which channels deliver the most conversions for your business and at the lowest cost. It then apportions your budget to the channels delivering the best results. This sounds like a great idea, in theory. In practice, it is unlikely to work.

Let’s imagine that you give Yell a budget of £200 per month for your Smart Performance campaign. Out of that £200, Yell take between 40%-50% as a Management Fee. The platform provider, Gotu, will also take an (undisclosed) percentage of your budget to manage the campaign. So, before you even begin, more than half of your budget is spent on automated campaign management instead of actual ad clicks.

You then have to consider how many of those new leads turn into paying customers. Most small service businesses manage to convert an average of 40-50% of leads into customers.

All of this number-crunching means that the typical small business owner would need to spend over £300 to gain a single new customer from a Smart Performance campaign.

Worse still, Smart Performance cannot make any calculations about which advertising channel is likely to give you the best bang for your buck until you have gained at least 40 conversions. Anything below this number is statistically unreliable.

A typical Smart Performance campaign would need to be running for at least 2.5 years before it had enough reliable data to assign your campaign to the channel providing the best value for money. At this point, you will have wasted over £6,000 with Yell.

Smart Performance cannot, therefore, assign your budget based on where you are getting the most conversions. Instead, it uses clicks as a measure of a campaign’s success until it has enough conversion data upon which to rely.

When clicks are used to determine the success of a campaign, the platforms delivering the largest number of clicks at the lowest cost will likely be those delivering the fewest conversions.

Although your ads may attract more sales from Google, your budget will be allocated to Facebook and third-party websites because they can deliver the most clicks at the lowest cost per click. Website clicks do not put food on your table.

Smart Performance is a form of ‘Programmatic Advertising’, recently described by Geber Consulting as “The biggest fraud in history“.

Yell may claim that its 40%-50% management fee is justified because you would not achieve the same results advertising with Google yourself. However, Smart Performance would have to generate almost double the number of sales to justify Yell’s fee.

Most Yell customers tell me that they get much better results managing their own campaigns on Google and Facebook because they understand their products and customers far better than any automated advertising platform.

Smart Performance is a product that may sound convincing when sold to you by one of Yell’s slick sales agents, but for the vast majority of small businesses it can never be an effective way to promote your business.

Yell may be in breach of contract for not disclosing that half of your advertising budget is being spent on commission.

The only semi-positive element of this product is that Yell only locks customers into a six-month contract as opposed to a 12-month contract for most of Yell’s other products. At least you won’t have to wait an entire year to realise that you have been throwing money down the drain.

How can I escape my Yell Smart Performance contract?

I can’t advise what you should or shouldn’t do. I can only comment on what I would do.

If you were switched to Smart Performance without your permission, you should have strong grounds to cancel your contract on the basis that you are no longer receiving the product you paid for.

How to claim compensation from Yell

In September 2020, A Group Action Legal claim was launched against Yell for misrepresentation and breach of contract.

The claim was lodged by Croft Solicitors on behalf of the Yell Action Group representing thousands of Yell customers on a no-win, no-fee basis.

If you believe your Yell contract was mis-sold you can now get expert legal protection on a no-win, no-fee basis by registering a claim with the Yell Action Group. Once you have registered a claim, neither Yell nor its debt collectors are permitted to contact you directly regarding any unpaid sums.

Register your claim here with the Yell Action Group.

The Benefits of SEO